Book Background
San Diego State University: A History in Word and Image, by Raymond Starr, is the first and only comprehensive history of the largest campus in the California State University system. Originally conceived as a history through photographs by the late John Adams, whose generosity has made possible this publication, the work expanded to become a full-fledged history of the University. Separate chapters cover the founding of the institution in the 1890s in downtown San Diego, subsequent transfer to its Park Avenue site, then later relocation to Montezuma Mesa.

San Diego State University Background
Founded March 13, 1897, San Diego State University began as the San Diego Normal School, a training facility for elementary school teachers. Seven faculty and 91 students met in temporary quarters over a downtown drugstore before moving to a newly constructed 17-acre campus on Park Boulevard.The curriculum was limited at first to English, history and mathematics. Course offerings broadened rapidly under the leadership of Samuel T. Black, who left his position as state superintendent of public instruction to become the new school's first president. Black served from 1898 to 1910.

Book Review on Amazon
"I found the book to be a comprehensive guide to SDSU’s history with the text covering one hundred years. As the title promises both a text-based and visual look into the campus’ history, San Diego State University: A History in Word and Image provides an extensive collection of archival photographs and documents that capture the “look” of the university’s evolution rather than simply telling the reader that it occurred. Additionally, the scope of each chapter prior to chapter nine focuses on a particular decade, spanning from the university’s inception to the social justice movements of the 1960s to the changing face of student government in the 1990s." 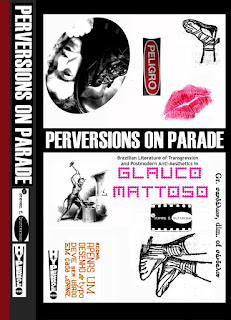 Steven F. Butterman's Perversions on Parade: Brazilian Literature of Transgression and Postmodern Anti-Aesthetics in Glauco Mattoso is the first book-length scholarly treatment in English of the Brazilian poet Glauco Mattoso's work, some of which was written during Brazil's most recent dictatorship (1964-85). 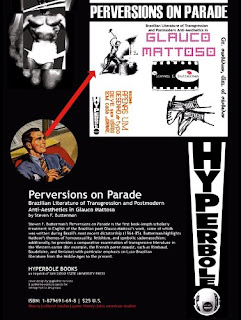 The author highlights Mattoso's themes of homosexuality, fetishism, and symbolic sadomasochism within a context of a comparative examination of transgressive literature in the Western canon (for example, the French poete maudit, such as Rimbaud, Baudelaire, and Verlaine) with particular emphasis on Luso-Brazilian literature from the Middle Ages to the present.

Perversions on Parade: Brazilian Literature of Transgression and Postmodern Anti-Aesthetics in Glauco Mattoso is a 2005 Hyperbole Books Volume.

Christened in 2004 as an imprint of San Diego State University Press, Hyperbole Books is dedicated to publishing cutting-edge, over-the-top experiments in critical theory, literary criticism and graphic narrative. Imagine some odd, bastard child of SEMIOTEXT[e], Taschen, and Fantagraphics Books raised in the dumpster behind Powells, and you begin to wide the wave of Hyperbole Books. Remember, "Buy the Hype."

STEVEN BUTTERMAN is an Associate Professor of Portuguese at the Department of Modern Languages and Literatures with the College of Arts & Sciences in the University of Miami. He teaches a variety of subjects related to the Portuguese language, culture, and literature, including Brazilian poetry and short stories, Brazilian women writers in translation, 20th-century Luso-Afro-Brazilian literatures, and contemporary Lusophone film. Among Steven's research interests are Luso-Brazilian Cultural and Literary Studies, Gender and Sexuality (Queer) Studies, and LGMTQ Culture in Contemporary Brazil.