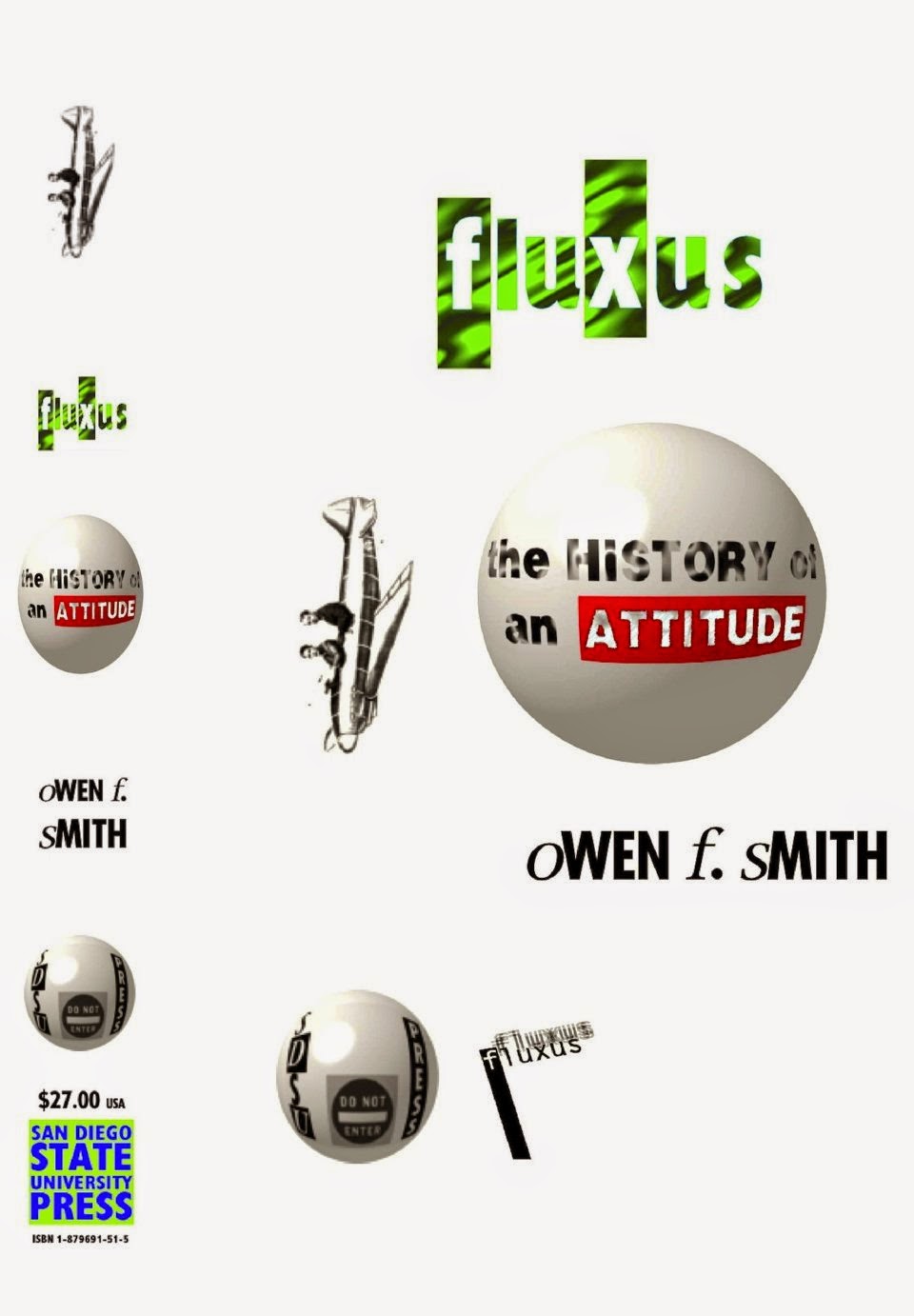 What breaks against the mold of convention, society and traditional cookie cutter art, literature, film, and media? Fluxus the History of an Attitude. The book that shows how new avant grande movement has begun to develop and expand. The evolution making way to allow for new abilities of thought and expression while continually moving away from conventional thought, mainstream ideology, and break from the bonds of conformity that has long limited true freedom of expression.

Medias such as paint, clay, ink and canvas are stripped away by fluxus. Instead, deciding to use what is left over by the community, the trash and carbon footprints transform into art. This helps build an individuality without relying on companies to create mediums and tools for production of expression, taking away the chains that suggest their route of creativity.

Fluxus is a form which the group has described as “non-art” since they do not wish to be associated with the same constraints as traditional artists who follow rules, ready to please the masses and unable to think outside the box.

It takes an open mind to be able to find art in all things, especially ones that are new and test your ability to look for beauty in things you originally had never noticed due to their “traditional” uses. Such examples include furniture, office supplies, electronics, and other things that help your day run smoothly, things that are easily bought and discarded.

Being serious is by society standards, not the fluxus standard. One can be serious about their art but not be serious about what society wants them to do with art or create with their talent.

Fluxus in 2014 has evolved, as intended. Art being one of the largest mediums for thought and the new fluxis kit's which are sold by artists, each kit is different and can be manipulated. Read Thing/Thought Fluxus Edition to see examples of the "kit".

One art show in 2014 at the Rush Auditorium at Florida Southwestern State College gave a fluxus show with improve opera, spoken word poetry, and for the finale a whipped creamed blow up alligator topped with cherries and nuts which the audience was allowed to partake a piece of the art with a chip. Read the full article here.

Fluxus has continued to invade society with its unique form of individual art, ideas and media. To take a closer look at fluxus check out the full critique and essays by following this link.

Posted by Unknown at 9:12 PM No comments: