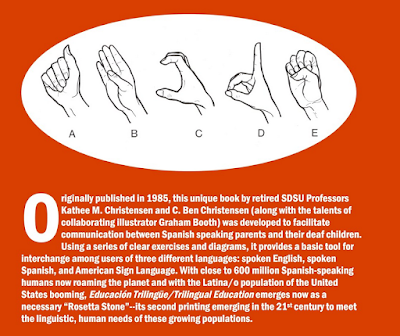 Educación Trilingue/Trilingual Education: Sign Language, Spanish, English is a unique manual was developed to facilitate the communication of clear concepts between Spanish speaking parents and their deaf children. Now in its second printing, this unique book, fusing languages and dedicated to bettered communication, uses a series of clear exercises and diagrams to facilitate interchange among users of three different languages: spoken English, spoken Spanish, and American Sign Language. Originally published in 1985, this updated edition appeared in 2016. 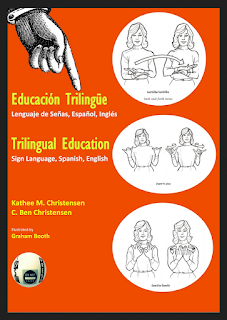 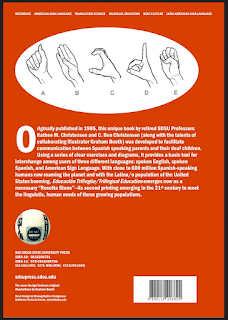 Posted by William A. Nericcio at 8:41 AM No comments: