An Angel Walks Among the United States/Mexico Border 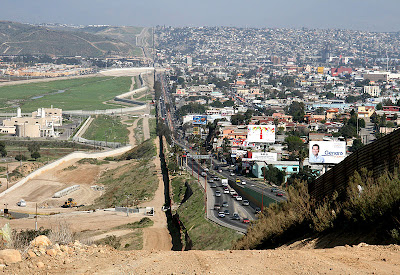 Isn't this view absolutely breathtaking?  To one side, you have a vast expanse of open land, and to the other, you can see the sprawl of modernization.  Unfortunately, that giant wall in between these landscapes prevents individuals to cross from one side to the other--particularly, from Mexico into the United States. There are those (too many) who crack jokes about individuals crossing from Mexico into the United States. Others truly believe that those men and women who risked their lives to support their family do not deserve the job that they worked for.  Despite the fact that so much hatred resides on the American side of the border, there is a group of angels who want to do nothing more than help provide a life to those risking everything for a chance at freedom.

Enrique Morones' The Power of One: The Story of the Border Angels, sheds light on the current situation going on in the American Southwest. Listed under 7 different genres (border studies, history, memoir, political science, social justice, activism, chicana/o studies), this is a book that will be sure to leave an impression on all of those who are lucky enough to read it.  Even for those of you who prefer pictures to words, this book is filled with real pictures of real people which enriches the overall beauty of this piece. 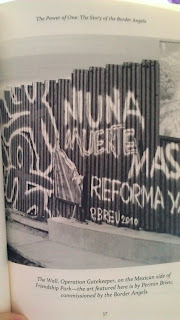 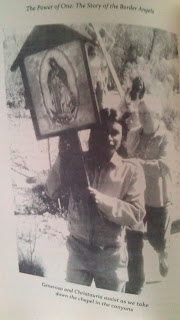 If you are interested in more information about Enrique and his activism, take a trip to his site: http://www.borderangels.org/.  Not only will this site further your knowledge when reading Enrique's book, but it may make you think twice about looking down upon immigrants who risk their lives every day crossing miles and miles of unruly desert.

According to Josefina Lopez, author of Real Women Have Curves, "Enrique Moronoes' story is remarkable and needs to be told.  He is a man of conscience who stands up to injustice by simply being on the side of love and human dignity.  Let us all rejoice that an angel walks among us in this fight for immigration reform, truth, and justice for all."

Join the journey to save humanity and do your part by reading this book.  I promise you that you won't regret it.  If anything, your inner activist will come forward and change how you look at life. 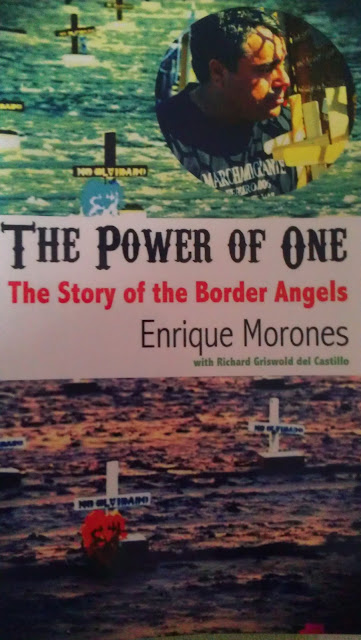 Posted by Jacquelyn at 12:37 PM No comments: