We are back ONLINE through our Amazon sales portal--all 170+ SDSU PRESS titles on sale; shipment will be a tad slower but it should get there within the guaranteed shipment windows!

Posted by William A. Nericcio at 3:26 PM No comments: 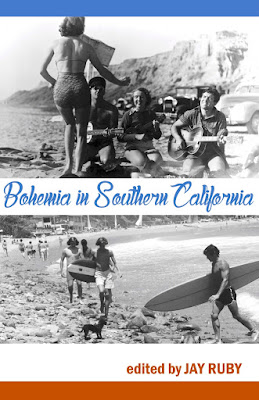 Are you a bohemian (or a student of the phenomena?). Do you dig bohemian culture, are you obsessed about California history, or a denizen of Southern and Northern California, or a devotee of cultural studies!? All of the above? Then SDSU Press's latest title is going to light your fire.


Bohemia in Southern California, edited and with an essay by Jay Ruby, is a critical anthology (and photo album) that explores alternative life styles and artistic endeavors of Bohemians of all stripes in the Southland. Taken collectively, they suggest that when la vie bohéme arrived in the land of sunshine, a unique way of being unconventional was created. The classical Western bohemias of Paris, New York’s Greenwich Village, and the North Beach community of San Francisco were complemented by a rich flowering of individual and group experiments in creative living and the production of art. The fully illustrated book contains essays by scholars in literature, cultural studies, anthropology, librarianship, the book arts, history, psychoanalysis, the performing arts, and others that provide a uniquely multidisciplinary approach. 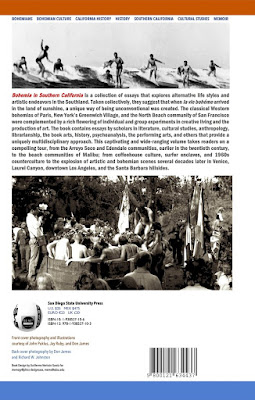 This captivating and wide-ranging volume takes readers on a compelling tour, from the Arroyo Seco and Edendale communities, earlier in the twentieth century, to the beach communities of Malibu; from coffeehouse culture, surfer enclaves, and 1960s counterculture to the explosion of artistic and bohemian scenes several decades later in Venice, Laurel Canyon, downtown Los Angeles, and the Santa Barbara hillsides.
Posted by David Ornelas at 8:59 AM No comments: 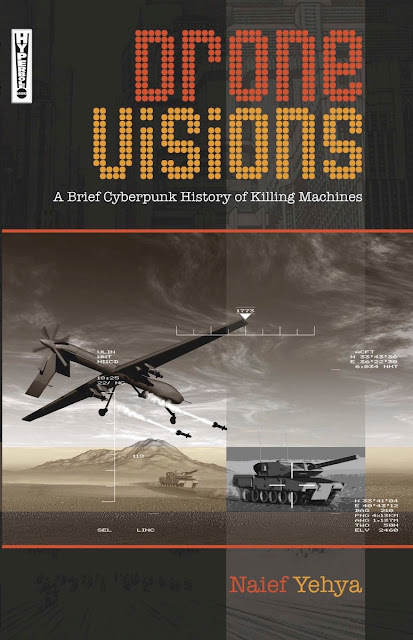 @SDSUPress is excited to announce that our instant cultural studies classic, DRONE VISIONS, by @nyehya, is NOW AVAILABLE as a digital download on Kindle! This is an experiment necessitated by the shutdown of SDSU owing to the Coronavirus crisis!


amzn.to/2xljklu
Posted by William A. Nericcio at 3:39 PM No comments:

Posted by William A. Nericcio at 3:00 PM No comments: