Delve into the mysterious and nearly-forgotten world of the Tipai Native Americans with William D. Hohenthal Jr's Tipai Enthographic Notes. The Native peoples of Baja California are a crucial part of American history often overlooked by scholars; this breathtaking paperback sheds new light on a topic previously considered insignificant.

Complete with brilliant illustrations of camps and settlements, this edition is no doubt the perfect addition to any Native Americanist, Anthropologist, Historian, or Summer Reader's collection. While more recent publications on the Tipai may have been released in the past 14 years, none command the same authority, nor compile the same breadth of knowledge, as Hohenthal's original piece. 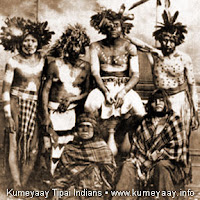 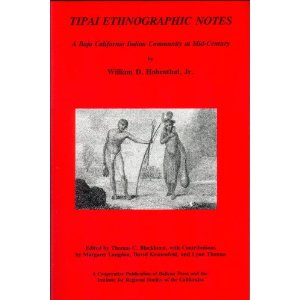 Told in a comprehensive, authoritative diction, Hohenthal's recounting of the Tipai Natives' story in the mid 19th century opens the eyes to the lives, tragedies, and triumphs of this people.

Typeset in commanding Times New Roman, and in a stunning crimson cover, it does not fail to catch the eye. Truly for anyone with even a passive interest in Native Americans, Tipai Ethnographic Notes is a must-have. Don't hesitate, purchase your copy today!
http://www.amazon.com/Tipai-Ethnographic-Notes-Mid-Century-Anthropological/dp/0879191457/ref=sr_1_fkmr0_1?ie=UTF8&qid=1341264297&sr=8-1-fkmr0&keywords=Tipai+Enthographic+Notes
Posted by LorenzoN at 8:05 PM No comments: