Have We Told You Lately, We Love Semiotics? SDSU Press's POETICS AND VISUALITY: A TRAJECTORY OF CONTEMPORARY BRAZILIAN POETRY

Yes, we’re kind of theory heads here at the SDSU Press — which means we think about how unstable the term semiotics itself is! Why does a sign mean what we think it does? And how could anyone think that a sign really means one thing? Seriously, though, for anyone’s been courted in this lifetime, is it not so trite to wonder after receiving something—a text, a note, a message, a smile—to wonder: Okay, so-and-so just conveyed “this,” but does “this” mean that they “like” me? And, if yes, then what should I do to convey “exactly” what I want them to understand, i.e. a yes or no or maybe or … ??? 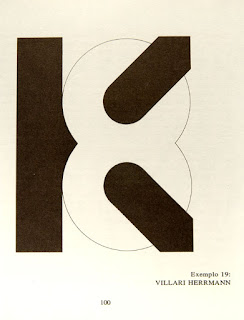 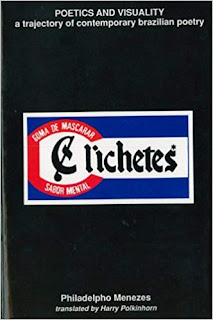 But we digress… Of course, love is more than mere semiotic matter… And, yes, Semiotics proves an ever-contentious field of thought. But on a more pragmatic note, have you thought about reading one of our contributions to this destabilizing theoretical field? In 1994, we published POETICS AND VISUALITY: a trajectory of contemporary Brazilian poetry by Philadelpho Menezes. While it’s no spring chicken, it is a phenomenal cognitive gateway drug to hyper-specific moments of poetic metamorphoses that occurred in Brazil through the 1960s and ‘70s. The book is worth the read if only to experience one of many contexts for examination of the quixotic and visual poetry of artists like Décio Pignatari and Pedro Xisto and Villari Herrmann, to name a few… 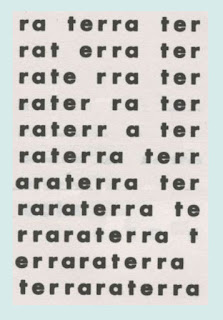 “terra” — Décio Pignatari — 1957
Take note, radical theory heads. In a historical sense, Brazil figured violently into the burgeoning globalized economy. While Menezes’ text remains acutely clinical, tending to gloss over the gory details and analyze the pure “poetics,” it’s worth mentioning: these relatively obscure artworks came into being in light of intense political discord. In 1968, Brazilian political leaders were outright imprisoned, tortured and even killed; the nation was violently seized by dictatorship; “Ferreira Gullar, a Concretist turned Neo-Concretist who then broke with the avant-garde camp to write agitprop poetry,” was exiled along with fellow artists who were revered by the Brazilian people! If you’re curious, LA REVIEW OF BOOKS wrote a fantastic piece about Brazil’s tumultuous history here. 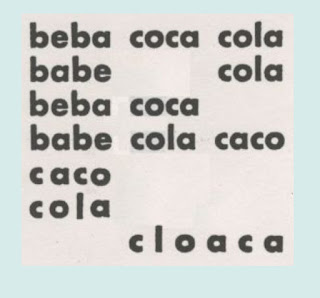 “beba coca cola” — Décio Pignatari — 1956
With Menezes’ tragic death in 2000, the world was deprived of further semiotic investigations. But, fortunately, we were able to press his impressively erudite text, originally written in Portuguese, and translated by SDSU’s very own Harry Polkinhorn. A challenging read, a rewarding read. So enjoy, good readers! Hopefully, as much as we enjoyed bringing it to fruition. 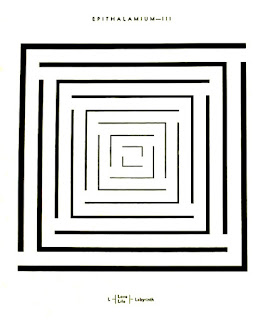 Posted by Live Faust Die Jung at 7:50 PM No comments: