A Description of Distant Roads Original Journals of the First Expedition into California, 1769-1770 by Juan Crespí 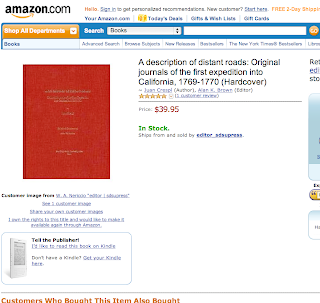 This work makes available for the first time the complete journals of Juan Crespí, the Franciscan friar who accompanied the first expeditions that established Spanish presence in Alta California. Beginning at the northern edge of the mission frontier of Baja California, the 1769 expedition trekked overland some three hundred miles to establish San Diego. From there, Crespí and the contingent of military personnel and Indian auxiliaries traveled northward on to Monterey and back again. Crespí journals provide the first detailed observations about the new land of Alta California and its peoples. This book is an essential source for the history of Spanish occupation of Alta California and the native Americans inhabiting the land. Here's what the critics are saying:

"Thanks to the erudition and detective work of Alan K. Brown and the high scholarly standards of SDSU Press, we no longer have to depend on a flawed version of this essential account of the founding of Spanish California. This is the definitive edition, in English AND Spanish.

David J. Weber, Dedman Professor of History, Southern Methodist University, and author of The Spanish Frontier in North America (1992) and many other books on the Spanish-Mexican borderlands.

"This work will be an integral part of any collection of basic California historical materials. Researchers in related fields such as anthropology, historical geography, and ethnobotany, along with history buffs and mission aficionados will seize upon it as a Îmust read itemâ and it becomes an instant Îmust possessâ title for any California library reference collection. Alan K. Brown deserves immense credit for his monumental research, editing, and analytical effort that produced this volume.

"Alan K. Brown has provided historians, scholars, and researchers with a tremendous gift. His monumental and authoritative translation of Crespí's complete journals will quickly become an indispensable work for all who study the history of California. The introduction to Brown's work is, in and of itself, a masterful piece of research and writing. The extensive and thorough footnotes attest to Brown's careful attention to detail and desire to include the latest scholarship in his work. Brown's translations from the original Spanish texts are superbly done. They remain faithful to the Spanish but are "reader-friendly." Having the Spanish version of the original journals available in the text for comparison purposes greatly increases the value of Brown's contribution to researchers.

Well, we think your function is to read this enticing collection of original scholarly essays, Conjunctions: Verbal-visual Relations, edited by Laurie Edson.

Do You Love Dickens' HARD TIMES? You Have to Read... 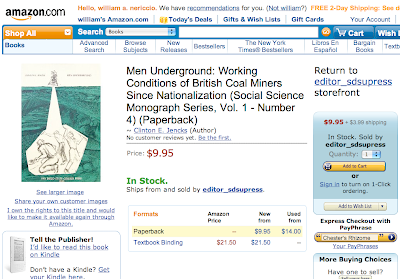 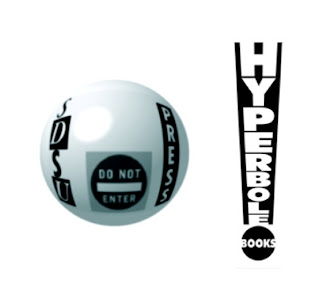 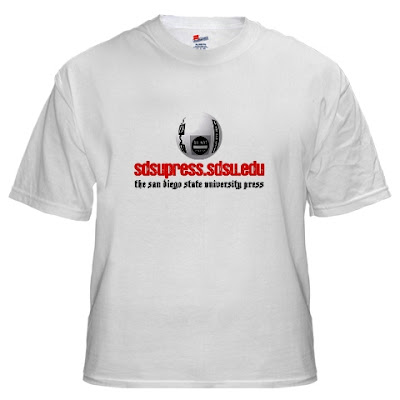 Posted by SDSU Press at 4:15 PM No comments: 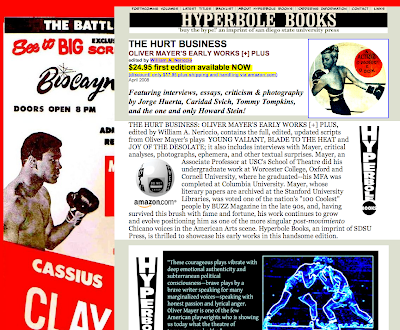 Click the image or hit this link to see the special hype.sdsu.edu HURT BUSINESS page.
Posted by SDSU Press at 10:01 AM No comments: