Just in Time for Christmas for that Favorite SDSU Alum in Your Life!

Hey Aztecs! @sdsu Looking for a nifty xmas present? SAN DIEGO STATE UNIVERSITY: A HISTORY IN WORD & IMAGE is an illustrated history of the largest campus in the CSU.

Posted by William A. Nericcio at 7:37 AM No comments: 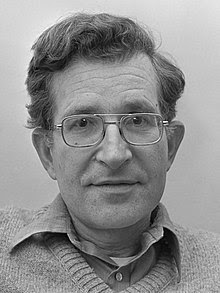 Noam Chomsky was born on December 7, 1928, in Philadelphia, Pennsylvania. He received his Ph.D. in linguistics from the University of Pennsylvania and began teaching at the Massachusetts Institute of Technology in 1955. Widely published, he's considered a father of modern linguistics. Chomsky spoke out against U.S. involvement in the Vietnam War and has continued to publicly criticize U.S. foreign policy. American theoretical linguist whose work from the 1950s revolutionized the field of linguistics by treating language as a uniquely human, biologically based cognitive capacity. Through his contributions to linguistics and related fields, including cognitive psychology and the philosophies of mind and language, Chomsky helped to initiate and sustain what came to be known as the "cognitive revolution." 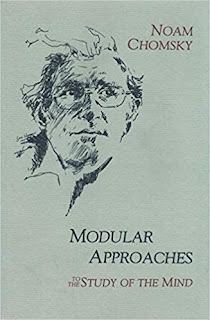 Description
Noam Chomsky uses the historical background and nature of cognitive psychology to enable us to better understand several important problems of human thought and perception and the interrelationship of the body and the mind. Chomsky also gained a worldwide following as a political dissident for his analyses of the pernicious influence of economic elites on U.S. domestic politics, foreign policy, and intellectual culture. This book brings scholars into the cognitive science mode of thinking about the logical nature of language and the discrete nature of its elements as applied to linguistic study.
Posted by David Ornelas at 10:54 AM No comments: