Fluxus! Our Best-selling Study of Fluxus by Owen F. Smith...

Fluxus: The History of an Attitude is based on the Owen F. Smith's exhaustive archival research tracking the physical remains of this fascinating interdisciplinary and international arts movement that began in the 1960s. In his dynamic introduction, Smith recalls how:

Fluxus was once called 'the most radical and experimental art movement of the sixties,' but for anyone seeking to learn more about the historical nature of Fluxus and its conceptual framework it might more readily seem to be just plain frustrating rather than radical. This is in part the case because Fluxus is historically complex and philosophically difficult to define. This very ambiguity, however, is an aspect of its radicality. Fluxus is both an attitude towards art-making and culture that is not historically limited, and a specific historical group. As an attitude, Fluxus is part of a larger conceptual development that is a significant, although often overlooked, current of the twentieth-century Western avant-garde. This attitude is in part traceable to the network of interrelated ideas about culture, politics, and society explored earlier in the twentieth century by the Futurists, the Dadaists, and the Surrealists. Some of these same ideas were later explored after World War II by artists associated with groups such as Letterism, International Situationism, Nouveau Realisme, and Fluxus itself.

Also, Smith claims the Fluxus is still very much alive today and that "Fluxus is by nature anti-reductivist, for it does not seek the illumination of some end or fact but celebrates participation in a non-hierarchal density of experience. In this way Fluxus does not refer to a style or even a procedure as such but to the presence of a totality of social activities. Fluxus seeks to shift from traditional utilitarian-based proscriptions to an open-ended, less evaluative participation in the processes themselves." Smith's singular study is emerging as one of the more important meditations on Fluxus--our SDSU Press volume is provided with a comprehensive bibliography and index.

Order it now from SDSU Press via Amazon.com.
Posted by SDSU Press at 8:36 PM No comments:

Buy these new books by Marc Wheeler and Spencer Dew here; high-res covers for the book appear below--just hit the images to enlarge... 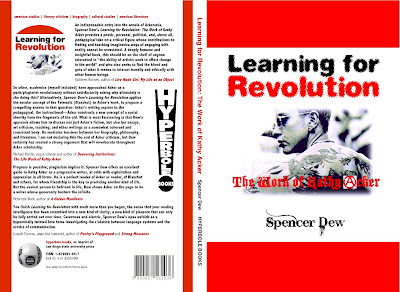 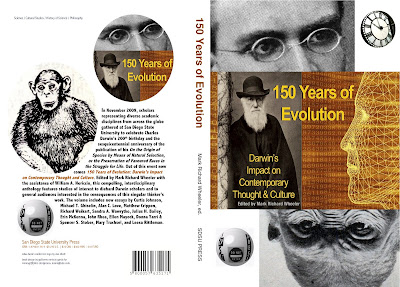 Posted by SDSU Press at 1:08 PM No comments: