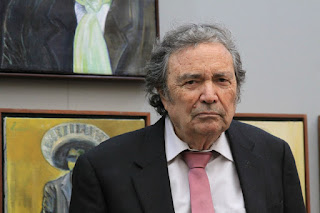 Author: David R. Maciel
David R. Maciel is a professor of history at the University of New Mexico whose books include Aztlán: Historia del pueblo chicano and El Norte: The U.S.-Mexican Border in Contemporary Cinema. Isidro D. Ortiz is an associate professor of Mexican American studies at San Diego State University and editor of the book Chicanos and the Social Sciences 1970-1980: A Decade of Development. María Herrera-Sobek is the Luis Leal Endowed Chair and Professor of Chicano/Chicana Studies at the University of California, Santa Barbara. 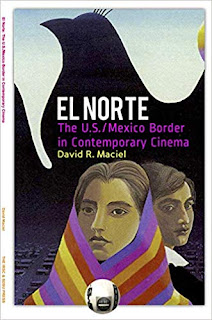 Description
Now back in print through a joint arrangement between the Institute
for the Regional Studies of the Californias and San Diego State
University Press, David R. Maciel's El Norte: The U.S./Mexico Border in Contemporary Cinema remains a pathbreaking study of cinema from and focused on both sides of the United States/Mexico border. Originally released in 1990, it is now made available again for a new generation of Latinx cinema scholars and the general public.

Posted by David Ornelas at 8:56 AM No comments: