Perceiving and Telling: A Study of Iterative Discourse... A Tale by Daniéle Chatelain 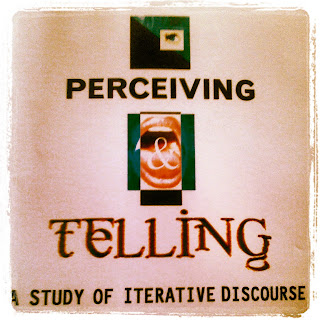 Have you ever pondered Einsteinian ideas of the spacetime continuum? Or wanted to redefine the parameters of narrative analysis? Or both? Then you may not be the only one!

Either way, you may defiantly enjoy destroying the binary structuralization Daniéle Chatelain challenges in her Perceiving and Telling: A Study of Iterative Discourse, and iteratively return to each new concept as it perplexes and unfolds with jigsaw corners connecting past analyst and the future.

And in case you were wondering what iterative discourse is, like I was at first, Daniéle Chatelain plainly explains “Iterative discourse is the synthetic expression of what has been repeated n times.” Then she adds “But what is it that repeats?” As each page unfolds so do her intentions of destruction and rebuilding the boundaries and definitions of iterative discourse, structure, narrative, analysis, and so on...

This image to the right illustrates a bit of her madness. Below are some complimentary sneak peeks.

Except for this image, it has nothing to do with Daniéle Chatelain’s work. But I thought it could provide a little mental exercise that could help understand the complexity of her analysis throughout her title.

1)      First start by looking at the larger triangle, that we may assume is the base of the image, which lies adjacent to our screen.
2)      Now look inside the larger triangle to the multiple white triangles, made up of smaller triangles. They seem to parallel and compliment the symmetry of the larger triangle.
3)      Then focus on the negative spaces of darkness. Each dark triangle points and its even larger counterpart, and in turn point at the second largest triangle in the picture, which is the center of the overall image.
We begin to question the complexity of the image by asking, what is the true focus of the image? “What is it that repeats?” Keep this in mind.

Here is an example of Daniéle Chatelain actually explaining Iterative literature, by explaining how English and French find different modes of grammar to portray a repeating idea, action, or circumstance.

Here is another example that I fancied from the text, and believe works much like the triangle mind twister above. It reads:
“The large candelabra, like bouquets of fire… repeated themselves, in the mirrors.”

But these are just sneak peeks. If you want the full frontal show click this text!

Daniéle Chatelain sets blaze to her pages when she begins using the text of past analyst as her fuel. She transforms and grows iterative discourse from the traditionalism of its past, exclaiming that:
Perceiving and telling are an eminently human process, because they are open-ended and thoroughly engaged in transformation. If the methods of modern science are committed to such a process, it seems as if many theoretician of narrative still resist this idea of process and transformation in relation to narrative forms.
The complexity and technicality of her work are appropriately replicated to enhance the understanding and analysis. And though she may burn old hierarchies of theory, she opens a new door of perception, and telling, a new interconnectedness of narrative.

Have you ever wondered about the interconnectedness of everything? Like our thoughts and surroundings. That the reality might be, our perception solely lies in the experiences of our ever revolving day to day environment. And our narrative, our voice, helps to elaborate this iterative. This is exactly what Daniéle Chatelain proclaims. 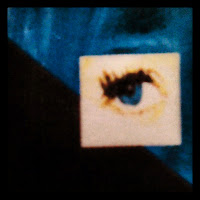 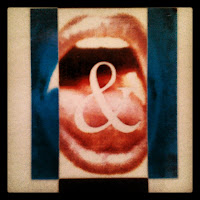 Posted by Unknown at 8:51 PM No comments:

Learning for Revolution: The Work of Kathy Acker 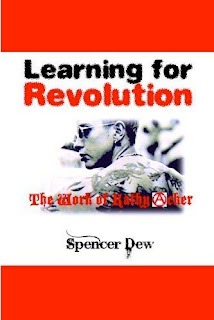 From the streets of New York City came punk icon and rebellious-extraordinaire Kathy Acker, or so she’s faultily labeled.

In Learning for Revolution, Spencer Drew attempts to eradicate any misconceived labels and visions of Kathy Acker- even now after her unfortunate death due to cancer- in this wonderfully woven book.

Fearlessly, Drew covers Acker’s life, teachings, and argues against claims from a few of Acker’s critics. While making his readers feel as though they grew up alongside Kathy Ackler’s journey through academia, he also injects high doses of analysis on Acker’s most important aspects of her pedagogical model of teaching.

Learning for Revolution is crucial for the preservation of Kathy Acker’s work, which involved deconstructing patriarchy and challenging the oppression of all peoples. Many of the novels Acker published are controversial for “disorientating” and causing readers a form of trauma due to her lack of plot and open-endings, but that’s only essential for her goal. It’s an effective form of deconstruction, pushing readers to think beyond the constrictions of a capitalist society and begin to feel comfortable with things outside the “norm”.

Essentially, Acker is more than an icon. In fact, as Dew says, any such labels “silence[s] the very goals to which her innovative tactics were employed.” Acker began the construction of a whole new community that involved a symbiotic relationship between literature and its readers. Just as she used pieces of literature for her novels, such as Don Quixote and Wuthering Heights, she hoped that her readers would use hers for learning and progressing. So whether you are a Kathy Acker fan or not, Learning for Revolution is a space itself that both aims to project a clearer image of Acker and continues a conversation in finding the best efficient way of incorporating revolutionary perspectives in the classrooms of all schools. I’m sure that after the last few pages, there will be something new taking root in your mind.

Here’s a little gem straight from Learning for Revolution:

“Novelists must be allowed, first by themselves, to say, to make what others perhaps-politicians, community people-cannot say and make; novelists allow themselves to speak contradictions, irrationalities, the actualities of human nature and of nature. To dissent, so to speak, with limitation. To question and so, to open the door for perception and comprehension depends on its width and depth, the more devastating the question is, the greater the comprehension. Perhaps here lies the morality of the novelist.”

-You’ll regret not clicking this link. Acker is here to stay.-

Kathy interviews one of her biggest influences- William S. Boroughs:

An interview with Kathy Acker for BOMB Magazine:
http://bombsite.com/issues/6/articles/307
Posted by Christian Benavides at 10:05 AM No comments:

Christian Benavides
I am currently attending college. This blog is for my creative writing. Hopefully it will encourage me to write more often because I love to do it but time is not a very good friend of mine! Hope y'all like what I write :D
Newer Posts Older Posts Home
Subscribe to: Posts (Atom)