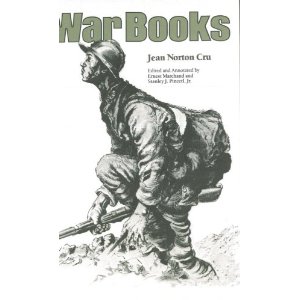 An insight into the grim truths of war.

Often we see glorified, action-packed depictions of war. Soldiers bravely charging the enemy, ducking behind cover skillfully and then eliminating the enemy with nothing more than a survivable wound to the arm. Brothers in arms, plowing their way deep into enemy lines, insulting each others' mothers with clever tidbits of military jargon.

Jean Norton Cru's War Books is break from this inaccurate portrayal. It delves into the dark horrors of real war. The disturbing, traumatic experiences of real men and women on the front lines of combat are explored through a study of World War I, one of the grizzliest wars to date. He goes on to persuade the reader to hate war, and gives a litany of reasons as to why it is not the solution to any conflict.
Cru describes varied ways in which war is misconstrued to those not participating it, through media and clinically official historical accounts, neither of which do the true horror justice.

"These testimonies will teach...that if people knew what the soldier learns at his baptism of fire, nobody would consent to a solution by force of arms." --Jean Norton Cru 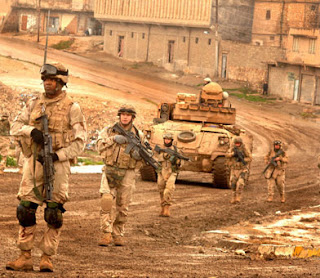 This piece could make an excellent addition to the collection of any sociologist, anthropologist, political scientist, or anti-war advocate.


Any study of modern combat and its effect on the men thrust into it could also benefit from a look at this edition. Though the war discussed in therein is World War I, the themes and messages conveyed are nothing short of universal, and are highly applicable to a modern conflict.

Buy it here. Buy it now!

Posted by LorenzoN at 8:10 AM No comments: