SDSU presents "Reading in America". Does Such A Thing Exist Anymore?

HEY YOU! YEAH YOU! Don't have time to read this entire blog, but interested in reading the book?  Follow this link: Slim Blue Book

Hello there my beautiful blog readers!
I have some exciting news to share, which may actually come as a surprise to those individuals who believe that TV, computers and movies have replaced the need for reading.

According to Reading in America: A Progress Report, Professor James Flood says, "It is through reading that we achieve  our greatest potential  so we thank you for sharing these thoughts with us, and what we wanted to talk with you about is where as a nation we are in reading.  We want to rejoice, we want to celebrate our successes" (4).

Congratulations America!  Contrary to popular belief, you are ALL competent readers - and this, my dear dear SDSU Press shoppers and avid readers, is the gift you are capable of giving to the next generation.

Put down the remote control and pick up this book (a mere 37 pages to read) so that you may see some of the research done by Professors Diane Lapp and James Flood. In this University Lecture series, you, the reader, are given puzzles to figure out, charts to analyze, and paragraphs to think about critically.  This is, after all, a book that was written to give you the option of participating in The University Research Lecture Series.  You deserve to read about how great you are as an educated American and should bask in your glory while flipping through the pages of this book.  You may learn something you didn't know...like: 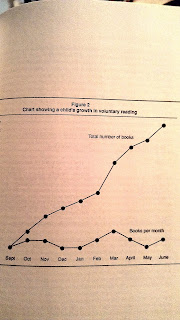 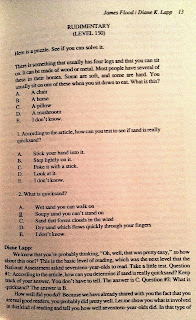 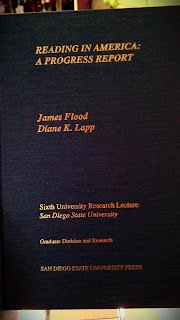 Here are some examples of what you might come across.  Even though they say not to judge a book by its cover, I'd have to say that this one looks pretty sharp.  Be one of those Americans who loves to read because you know it is a tremendous gift to be literate, and you should not take it for granted. 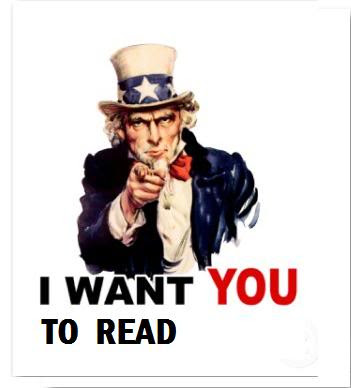 Renato Barilli Poses the Question: What's in A Word?

Language: it is a beautiful thing.  Whether it be English, Spanish, Italian, German, Hungarian, Polish...there is something mesmerizing about the way people use words.  Renato Barilli, a Professor at the University of Bologna, takes language a bit further by attempting to shred the definitions and assumptions that are associated with a word. 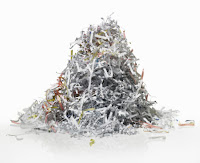 Barilli writes, "By 'working below the phrase,' I mean returning to its essential ingredient, the word, no longer respecting its previously sacrosanct feature of wholeness, but on the contrary subjecting it to fractures and successive segmentations."

Take a moment to imagine a world with no words - no set definitions.  Where "cat" does not conjure the image of a pointy eared creature scratching at your brand new furniture, but simply the letters C, A, and T, sitting next to one another in harmony.  Barilli wants you to stretch your imagination even further, and try not to recognize each letter with a sound - which can be difficult considering humans have developed to speak a multitude of different languages based on definitions and differing accents.

*A note of Irony: when picking up this book, one might want a dictionary on hand.  There are some words used that one might want to understand further in order to grasp why Barilli wants his readers to let go what they already know. 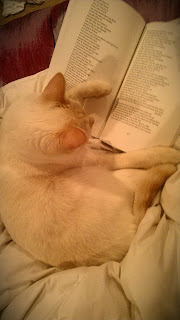 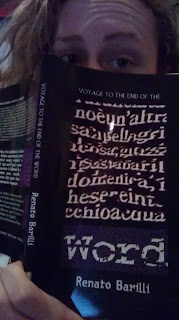 Without further ado, I'd like to personally introduce you to Renato Barilli's book:

Voyage to the End of the Word

First published in Italian in 1981, and later translated for your enjoyment by Teresa Fiore and Harry Polkinhorn. Take a moment to give them a round of applause, because without them, people who are unable to read in a language other than English (like me) would not be able to indulge in such an extraordinary work of art.

If you are interested in challenging your mind to understanding ideas that would otherwise be foreign to you, turn off your television and purchase this book.  And then give your mind a chance to breathe by reading the mini-anthology of poems which are published after Barilli's critical discussion.  They are full of puns, visuals, new words, and multiple poetic devices that have been used to give life to expressive language.

Light up your day and pick up a copy of this book.  You don't even have to leave the comfort of your computer!! All you have to do is click the following link and let technology do the rest:


SAN DIEGO STATE UNIVERSITY PRESS LOVES BOOKS AND SO SHOULD YOU!


Don't take it from me.  Read it yourself and spread the word.  We have already embarked on the voyage to the end of the word.

Posted by Jacquelyn at 12:52 PM No comments: