A Selection of Pages, Plates and Poetry, from Amy Sara Carroll's SECESSION 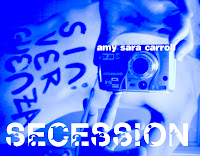 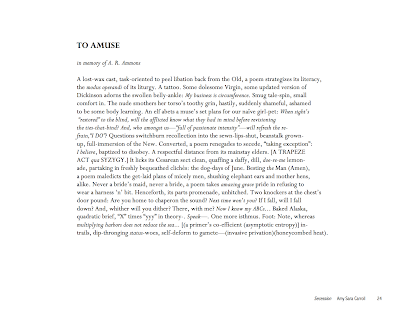 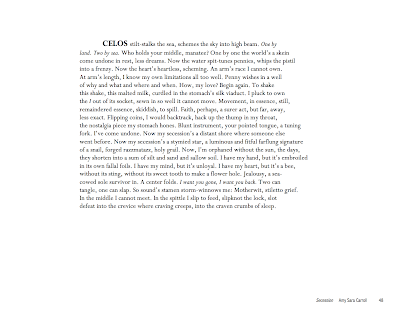 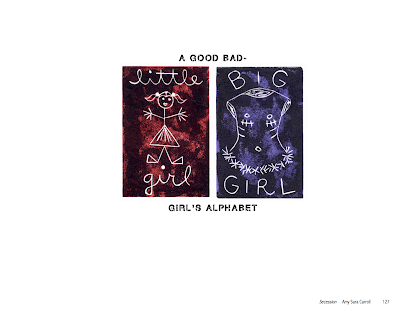 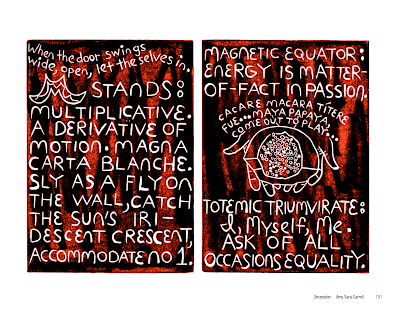 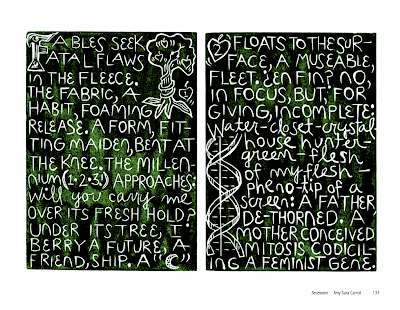 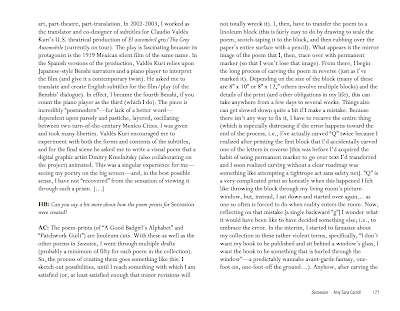 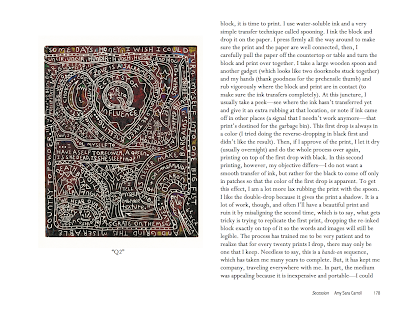 Posted by SDSU Press at 10:24 AM No comments: Links to this post 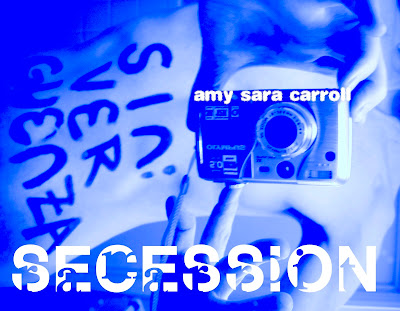 Hyperbole Books, an eclectic imprint of San Diego State University Press, is proud to announce the publication of Secession by Amy Sara Carroll.


Here a sampling of our promotional material surrounding this unique publication along with advance word regarding Carroll's unique achievement.  High resolution facsimiles of the book appear above and below--click the images to enlarge. Buy the book now by hitting the amazon link above.

Amy Sara Carroll writes like an acrobat, with tongue-twisting, out of breath lines, that always land on their feet. Secession challenges us in the best ways possible to rethink sexuality, borders, colonization, femininity, and poetry itself.

Secession is “Something rogue. Something else you have to figure in before you can figure it out. Solo en sueños, en la poesía, en el juego…” These borrowed lines, from the opening page of Carroll’s brilliant book, frame a photograph of a framed graphic poem-print covered in part by the plastic wand of a pregnancy stick. These images are not juxtaposed, but rather pose questions of art and politics, the intimate and the expansive. The textured layers of Carroll’s composed words and pictures are pregnant with meaning. They beckon us to engage them in all their performative experimentation. This is a book of haptic allusion, illuminations, and
she-er wonder. Enjoy!

In the spirit of other queer artists who have had to invent hybrid forms such as graphic narrative and solo performance to say what hasn’t been said, Amy Sara Carroll renews poetry’s tradition of radical practice. Reminding us that poetry is a form of craft, she cuts into a linoleum block to make poems that you can literally see. As the words pile up against one another in both her poem prints and her blocks of lines on the page, she also makes poetry that you can feel. Carroll shows us that secession splits open not just countries but hearts; but, in her new world of the poem as image, unlikely combinations of words and phrases suggest new forms of affiliation. The interviews and critical essays included in this volume extend the conversation begun in the poems, further contributing to Secession’s vision of poetry as public practice.

Ann Cvetkovich | Garwood Centennial Professor of English and Professor of Women’s and Gender Studies, University of Texas, Austin, & author of An Archive of Feelings: Trauma, Sexuality, and Lesbian Public Cultures

I want to say Secession is Blakean in that printmaking-meets-poetry sort of way. And then I want to say it is feminist in that “¡viva la vulva!” way. And then I want to say it is a contact zone in that Guamán Poma sort of way. Few books manage to bring together so much, to think with so many differences. So what I really mean is that Secession is an unusual and lovely book, one that is resonant and yet also singular, smart, and sexy.
Juliana Spahr | Associate Professor of English, Mills College, & author of This Connection of Everything with Lungs and Everybody’s Autonomy: Connective Reading and Collective Identity

Amy Sara Carroll is Assistant Professor of American Culture, Latina/o Studies, and English at the University of Michigan, Ann Arbor. She received a Ph.D. in Literature from Duke University (2004), and an MFA in Creative Writing (Poetry) from Cornell University (1995). 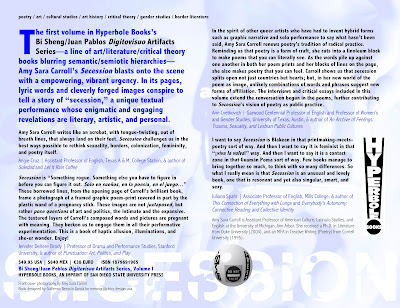 Posted by SDSU Press at 10:08 AM No comments: Links to this post 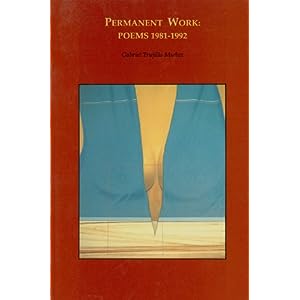 Permanent Work: Poems 1981-1992 by Gabriel Trujillo Munoz covers a variety of poetic genres with visual images that will illuminate and intrigue the mind.  Humberto Felix Berumen claims that Munoz writes with "measured tone of analytical reflection and the sobriety of a language whose fundamental intent is to seek answers to the questions that he puts forth."  Dare to immerse yourself into the poetry and questions of life a death posed by Munoz?  Grab a copy of Permanent Work at SDSU Press.
Posted by SDSU Press at 1:35 PM No comments: Links to this post 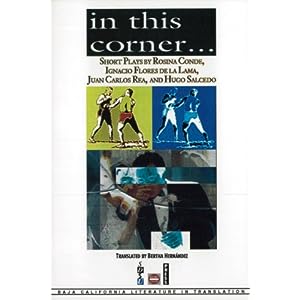 Ever enjoy a little bickering, bantering or even boxing with and a loved one? "In this corner...," a selection of short plays, humorously portrays the vexing side of romance as fights in a boxing ring.  Within each play, written by Rosina Conde, Ignacio Flores de la Lama, Juan Carlos Rea, and Hugo Salcedo, readers and audiences watch the drama of everyday marital life unfold in the middle of a boxing ring. The literary twists of each play reveal different insights about relationships of love and war.  Whether you are married, or have been once upon a time, or have just entered the ring of love, these plays will entertain you with a bit of dread and lots of laughter.
Take a hit from "in this corner..." available only at SDSU Press's Amazon store.
Posted by SDSU Press at 1:12 PM No comments: Links to this post

Clinton E. Jencks. It feels good to know his name for several reasons. The first being his book, Men Underground in which he compiled his research chronicling the development of the rights of miners and the history behind their setbacks and achievements. Jencks details how a change in social status, working conditions, and the evolution of a protective union were brought about by the miners' struggle for respect and dignity. 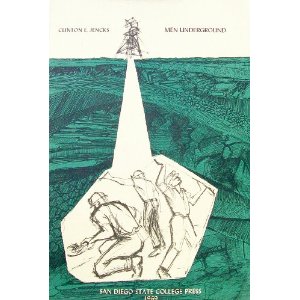 Jencks is fascinating simply because he stood up for what he believed in during a time in American history when it could have cost him his life or freedom. The film Salt of the Earth was inspired by many of his experiences and research into the lives of miners and his personal contentions with the US government. Jencks was also a former SDSU professor.

Get Men Underground by Clinton E. Jencks from SDSU Press to learn about the kind of work miners do and gain a more profound respect for them and the protection of their rights, as well as the rights of all working people.

Enjoy watching part one of Salt of the Earth, the only blacklisted American film: