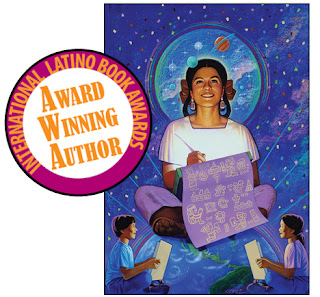 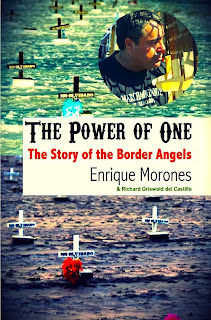 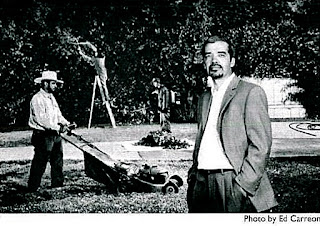 Dr. Alvaro Huerta authored the newest title to our SDSU Press collection, Reframing the Latino Immigration Debate: Toward a Humanistic Paradigm. Dr. Huerta holds a B.A. (history) and M.A. (urban planning) from UCLA. Also, he holds a Ph.D. (city and regional planning) from UC Berkeley. He is currently conducting interdisciplinary work in the UCLA Chicano Chicana Studies program for top scholarly journals through the studies of urban planning / community development, civic engagement / community organizing, immigration, Chicana/o--Latina/o studies / history, social network analysis & the informal economy. This interview took place over email on the anniversary of the "Chicano Moratorium," August 29, and preceded an upcoming phone interview.
Interviewer
When did you start writing? Why?
Dr. Alvaro Huerta
I first started writing this book while completing my dissertation at UC Berkeley’s City and Regional Planning program. It was actually not my intention to write or conduct research on the politics of immigration while at Berkeley. I was more interested, at the time, on the history of cities in the U.S. and the people who occupy them, particularly Chicana/os and other Latina/o groups. I was and continue to be interested in scholarly issues, such as labor, social movements and the informal environment.
However, while immersed in completing my dissertation I felt morally compelled to say something about the rise of xenophobia in the last several years with the draconian immigration laws in Arizona and other states. As a son of Mexican immigrants and public intellectual, I couldn’t bury my head in the sand any longer while elected officials, primarily Republicans and other conservatives, perpetuated lies and contradictions against the mostly honest, hardworking Latina/o immigrants in this country. Instead of blaming Wall Street and deregulations of the banks during the height of the Great Recession, many local, state and national elected officials blamed low-wage Latinas/os for America’s social and economic woes.
To complicate matters, Latina/o leaders and elected officials mostly stayed quite during this time period (and to the present). Given that my job is to be a critical thinker and to question the status quo, I started to write social commentaries based on my scholarly research and family history to reframe the Latina/o immigration debate from a negative story to a positive narrative. My aim remains to provide my expertise commentary based on empirical research, rejecting the pejorative and popular views against Latina/o immigrants that only benefit elected officials and their desire to find convenient scapegoats during America’s uneasy economic and political climate. Also, in order to appeal to the white, working class vote and their economic anxieties, Republican leaders and other conservatives conveniently blame low-wage immigrants for the bleak plight of the former.
Interviewer
Why should we write from experience, especially when students are told not too?
Dr. Alvaro Huerta
As someone who has taught at UCLA and UC Berkeley, I always tell my students to base their arguments on facts and not personal opinions. While I never judge my students for the political views, I challenge all of them to support their claims with solid evidence. It’s not enough to say that “immigrants represent social burdens,” for example, you can give evidence to back up that statement. Although my first question towards that claim would be do immigrants receive government aid (welfare), social security, Medicare, etc., especially since these programs represent major federal expenditures? If not, what would be the the basis of that claim?
That said, as part of my efforts to humanize the Latina/o immigration debate, I started to write about my own history, as a son of Mexican immigrants. My late mother, for example, worked as a domestic worker for over forty years. Meanwhile, my late father worked as a farmworker during the Bracero Program and later a factory worker for an auto rim factory where he toiled as a janitor for the minimum wage ($3.25 at the time) for over a decade. By telling their stories, I want to give concrete examples of Latina/o immigrants working hard and making sacrifices in this country with little financial compensation. They do so not for themselves, mainly, but for children and families back home via remittances. They do not represent social burdens; they are mostly honest, hardworking individuals who only want to improve their status and that of their family members. It is for them that I write. It is for them that I spent countless hours in the library. It is, in short, for los de abajo /those on the bottom that motivated me to write my first book.
Interviewer
"Chicanos say that if you have to ask you'll never understand much less become, a Chicano...the word Chicano is as difficult to define as 'soul.'"
In the spirit of Ruben Salazar, what does Chicano mean to you?

I embrace the words Chicana and Chicano. I first heard of the term “Chicano” in high school and it made sense to me at the time. I did not fully understand it, even after reading many of Ruben Salazar’s articles. It was not until I entered UCLA as a freshman that I better understood the term and the importance of any ethnic group to self-identify how they desire. I love the phrase “black is beautiful,” for example, and find the word “Chicano” to have similar connotations, mainly that “brown is also beautiful.”

I honestly find it tiring to be the only brown person or Chicano in the room. Sometimes I wished that I did not have to deal with race or the burden that those of us who entered privileged universities, like UCLA and UC Berkeley, must carry on a daily basis. I would actually prefer to be treated with other labels or characteristics, such as a caring or compassionate person, but I know that when I go to the library at UC Berkeley or walk into a Starbucks in the suburbs, I am a “Mexican.” Thus, even for those that reject the labels “Mexican” or “Chicana/o,” at the end of the day, mainstream society will always remind them, or us, that we represent “the Other.” That being the case, I embrace being different; I embrace my brown color; and, most importantly, as a social scientist, I am embrace the ethical responsibility of producing research that serves the public good.

If you want to learn more about Dr. Alvaro Huerta and his work visit his site:
https://sites.google.com/site/alvarohuertasite/home

Posted by Unknown at 3:27 PM No comments: