Do you dig humor, comedy, critical theory, literary criticism, philosophy, television, and mass media studies all wrapped up together? Then LAUGHING MATTERS by Latino scholar/writers/artists ILAN STAVANS and FREDERICK ALDAMA is the book for you! 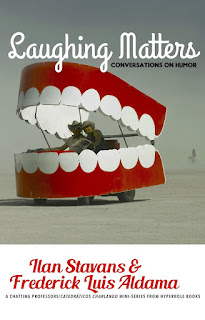 In this kinetic tête-à-tête, Aldama and Stavans' conversation weaves effortlessly from the great thinkers on laughter to today's neurobiological insights to offer witty, wide-ranging, and incisive insights into our planet's great creations," says Peter McGraw, director of The Humor Research Lab. Laughing Matters explores the nature of laughter and humor, questioning and expounding on Western European and Latin American literary works that build humor into their pages. In a decidedly erudite manner they take us on a journey through philosophers such as Plato, Aristotle, Descartes, Kierkegaard, Nietzsche, and Bergson as well as literary geniuses such as Cervantes, Shakespeare, and Borges," affirms María Herrera-Sobek, 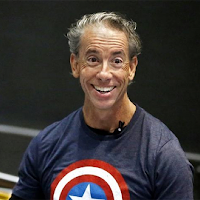 Frederick Luis Aldama is Distinguished University Professor, Arts & Humanities Distinguished Professor of English, University Distinguished Scholar, and Alumni Distinguished Teacher at the Ohio State University. He is editor and coeditor of 8 academic press book series as well as editor of Latinographix, a trade-press series that publishes Latinx graphic fiction and nonfiction. He is creator of the first documentary on the history of Latinx superheroes in comics (Amazon Prime) and co-founder and director of SÕL-CON: Brown & Black Comix Expo. 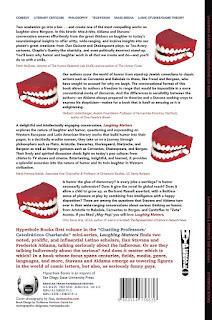 "Two academics go into a bar. . . and create one of the most compelling works on laughter since Bergson. In this kinetic tête-à-tête, Aldama and Stavans' conversation weaves effortlessly from the great thinkers on laughter to today's neurobiological insights to offer witty, wide-ranging, and incisive insights into our planet's great creations."

"Our authors scour the world of humor from stand-up Jewish comedians to classic writers such as Cervantes and Rabelais to those, like Freud and Bergson. The conversational format of this book allows its authors a freedom to range that would be impossible in a more conventional mode of discourse."