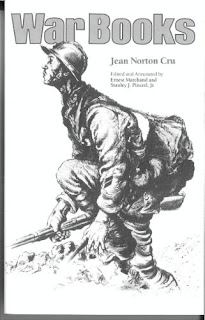 That was written by French soldier Louis Maret in 1916. He died in 1917. He had spent twenty months at the front before he was killed.
Don't make my mistake. Recognize the value of this book! You can find it here.
Posted by Harrison at 1:56 PM