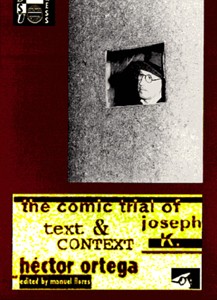 Purchase a copy of Hector Ortega's The Comic Trial of Joseph K.: Text and Context from SDSU Press.
Posted by Sofia Vidal at 2:50 PM