Do you dig humor, comedy, critical theory, literary criticism, philosophy, television, and mass media studies all wrapped up together? Then LAUGHING MATTERS by Latino scholar/writers/artists ILAN STAVANS and FREDERICK ALDAMA is the book for you. Hyperbole Books first volume in the "Chatting Professors/ Catedráticos Charlando" mini-series, LAUGHING MATTERS finds two comedic scholars talking seriously about the ludicrous. Or are they speaking ludicrously about the serious? And does it matter which is which? 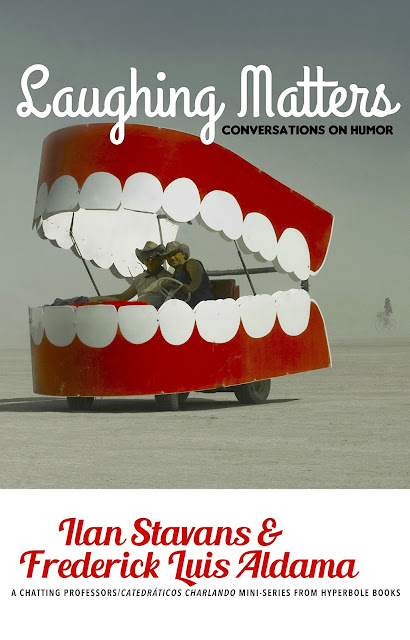 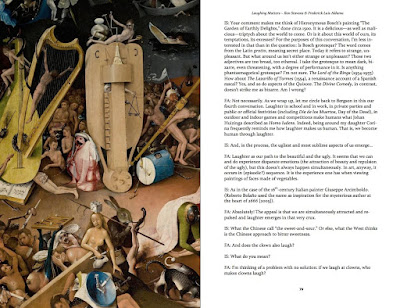 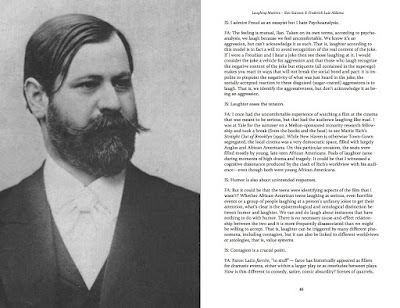 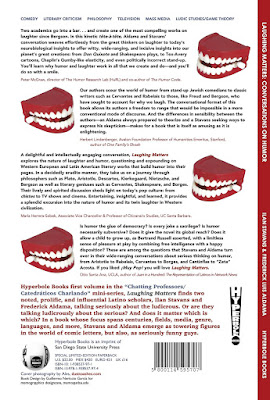 Posted by David Ornelas at 9:11 AM